Security is not easy.  IT's goal is to find a way to increase security without adding complexity to the point where it reduces productivity.  It is a fine line and one that needs constant balancing. 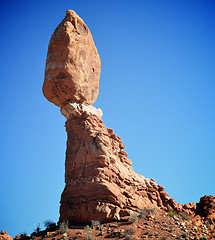 Authentication is a key point on this security balance beam.  Password complexity, multi factor authentication, adaptive authentication, federation and single sign on are all considerations in how to deliver security without hindering productivity.

I believe that targeted two factor authentication with single sign on is the answer.  Adaptive authentication is what makes this work.  Because EmpowerID is built on a visual business process oriented workflow platform, you can insert additional authentication options into any workflow based on either the role of the user authenticating or based on the application that the user is tying to access.

Examples of these two options are:

The key to all of this is that the IAM platform must have workflows that can increase authentication levels based on either the user's role or the resource's security level.  EmpowerID's visual workflow can even make a hybrid model of this where certain roles accessing certain resources can trigger the advanced authentication.

How hard is it to get iris scans or fingerprints for every user?  How hard is it to deploy smart cards for remote users when you have a 5% turnover per year?  How difficult is it to manage physical assets to manage the "what your users have" factor?

This is what makes smart phones so darned valuable.  Everyone has one.  The flip side to the BYOD revolution is the first three letters: users bring their own!  You can take advantage of this by having users register their devices as part of the authentication (yes, EmpowerID can do that for you).  Then either text a code or demand an OATH token as the second factor.

There are plenty of open source apps available (for example, this one for the iPhone) for the OATH client so you don't even have to deploy hardware.  EmpowerID has its own OATH server, creating a simple seamless way to incorporate an open standard such as OATH and the widely available smart phone from your users to create a very flexible adaptive authentication method using two factor authentication.

And you get to balance productivity and security by selectively applying this second factor to highly secure and confidential resources and highly privileged users.  Additional security without sacrificing productivity.  Schedule a demonstration of EmpowerID and see how we can make that a reality for you.