Cloud provisioning and single sign on go hand in hand.  IT wants only the right users to have the right access to cloud applications.  Users want that access and to not be bothered having to re-authenticate (well, actually, they say things like "why should I have to enter another password" in a nasally voice usually).

The problem is that the Identity Management industry evolved from the on-premise world and is stuck in its own tracks.  Most vendors' provisioning solutions were either developed separately from their single sign-on solutions or just don't exist in one platform.  Most of the federated single sign-on vendors don't even have a provisioning solution.

So how do you get that perfect world of a user being provisioned into a cloud application based on their role (or something you know about them), getting the correct application role, and federating to keep the number of passwords down for your users?  And, to top that off, keep your security team happy by de-provisioning that user when their job changes? 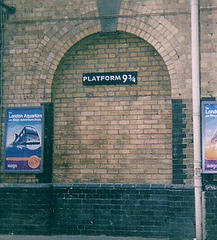 You don't do it with cloud vendors or traditional IAM solutions.  EmpowerID's tagline is a "New breed of Identity Management" and this is why.  The platform was built from the ground up without the burdens of acquisitions or partnerships to create the full suite.  So, the whole product line shares the same RBAC model, the same API layer, the same metadirectory, the same visual workflow designer.  It is a true platform.

What that does for you is allow you to have the same workflow for role based provisioning for both the cloud and on premise applications.  Map your business roles to application roles and then apply those roles to role based authentication.  It means that if you provision a user in salesforce.com, you can federate using empowerID as the identity provider, giving the elusive single sign-on for that user.

And, you can get even more granular than that.  If the user is accessing highly secure resources, you can force two factor authentication only when the user tries to access that resource.  Picture this, your finance director logs in to Windows in the morning and checks her email and browses the internet to see what the markets are doing.  She clicks on the link to look at the accounts receivable report, empowerID sees that is considered highly secure, and sends a text code as a second factor authentication; she simply enters that code and is authenticated for all resources of that access level.  When she goes into salesforce.com to see the forecast, empowerID knows who she is and authenticates her automatically.

You have just increased security and ease for your user.

Now for the fun part.  Your finance director is looking at a commission report and realizes that she should be in sales.  She changes departments which is reflected in Peoplesoft.  EmpowerID inventories the HR system, changes her department and roles, which deprovisions her from access to the finance system and provisions her a new account in the cloud based marketing automation system.  She now has an account in the cloud application and single sign on to that app.

We have all been wanting the complete soup to nuts identity and access management system that handles all of this seamlessly.  The world got more complicated with cloud applications but having the new breed of identity management software allows you to provision to cloud applications, offer single sign on, and achieve your IAM goals.

Take 30 minutes for a personalized demonstration of empowerID and see how we can help you achieve all or some of these lofty goals.